We start with a history lesson:  When the main line railways reached London in the 1830s and 1840s, they avoided high ground at Highgate, Finchley and Edgware, leaving these rural areas without any train service.  In the 1860s and 1870s branch lines were built from Finsbury Park to Edgware, High Barnet and Alexandra Palace.

In the early 1900s electric trams and nearby tube lines made the steam trains to King’s Cross less attractive and the lines began to lose business.  In the 1930s the newly formed London Transport developed a plan to take over these lines and join them to the tube network.  The Northern Line was to be extended from Archway to a deep station at Highgate and onwards to the surface at East Finchley where it would join and take over the steam railway lines.  Another branch of the Northern Line was to run from Moorgate to Finsbury Park and take over the line from there to the existing Highgate station and on to East Finchley.  Work started in 1937 on this project and tube trains reached Finchley in 1939.  The Victorian station at Highgate was completely rebuilt ready for tube trains from Finsbury Park, but the war disrupted the work and the tube trains never came.

After the war, priorities were different, and much of the work was not resumed.  Finally, in 1954, the last train ran to Alexandra Palace via Highgate.  The line from Finsbury Park survived for freight and stock movements until 1971 when the tracks were removed.  Haringey Council took over most of the trackbed and converted it into a Parkland Walk.  Highgate High Level platforms, which have tunnels at each end, were left out of this scheme, and with no further use for the tube station that never saw a tube service the site was allowed to return to nature.

Visiting the area in the late 1970s I was always intrigued by this tube station with no trains.  Finally in 2017 I was fortunate to be able to join one of London Transport Museum’s Hidden London Tours and get a look round at last.  Here’s the southbound side of the island platform, looking from the remains of the Victorian platform: 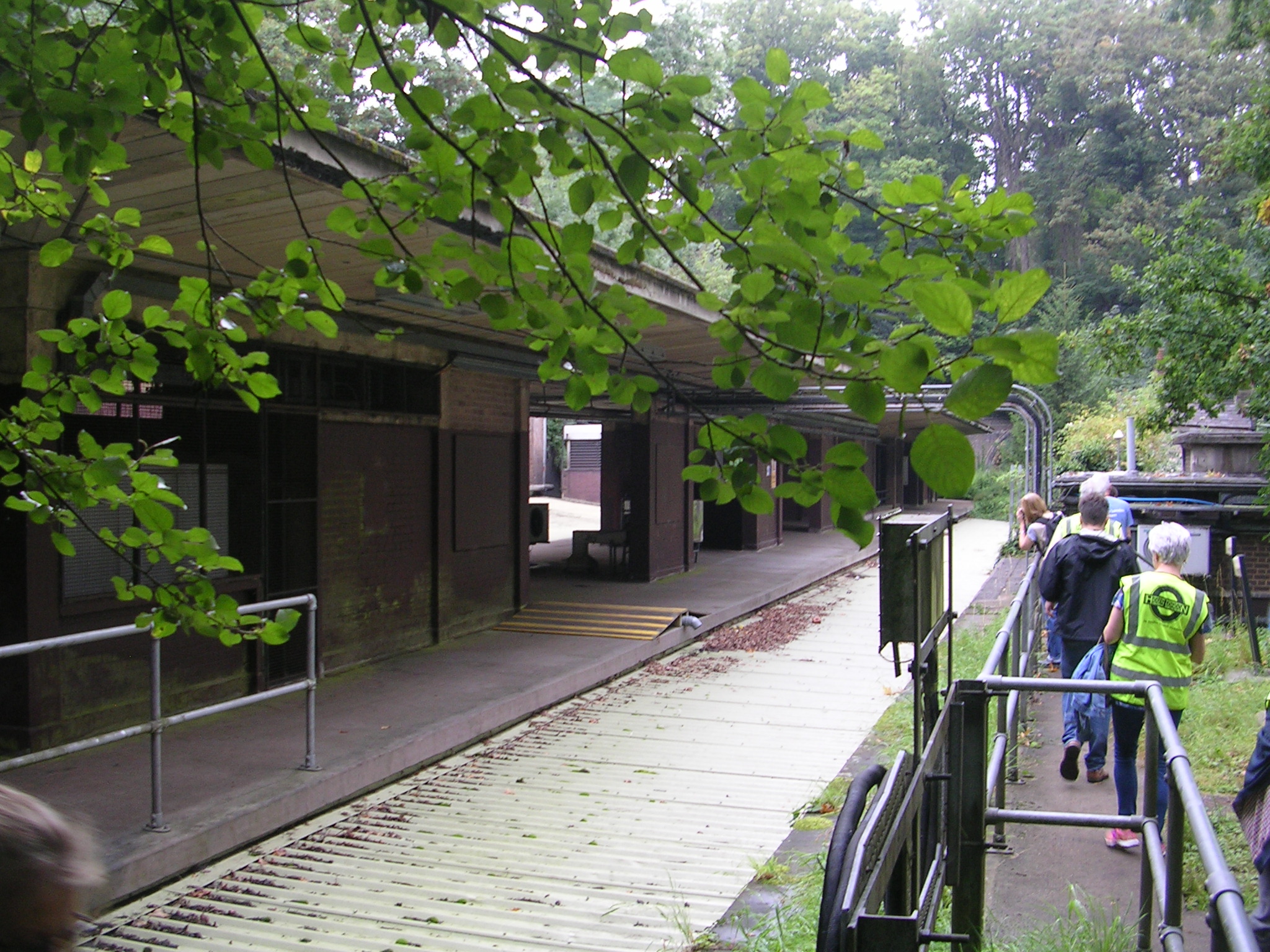 The tunnel mouths at the north end of the site: 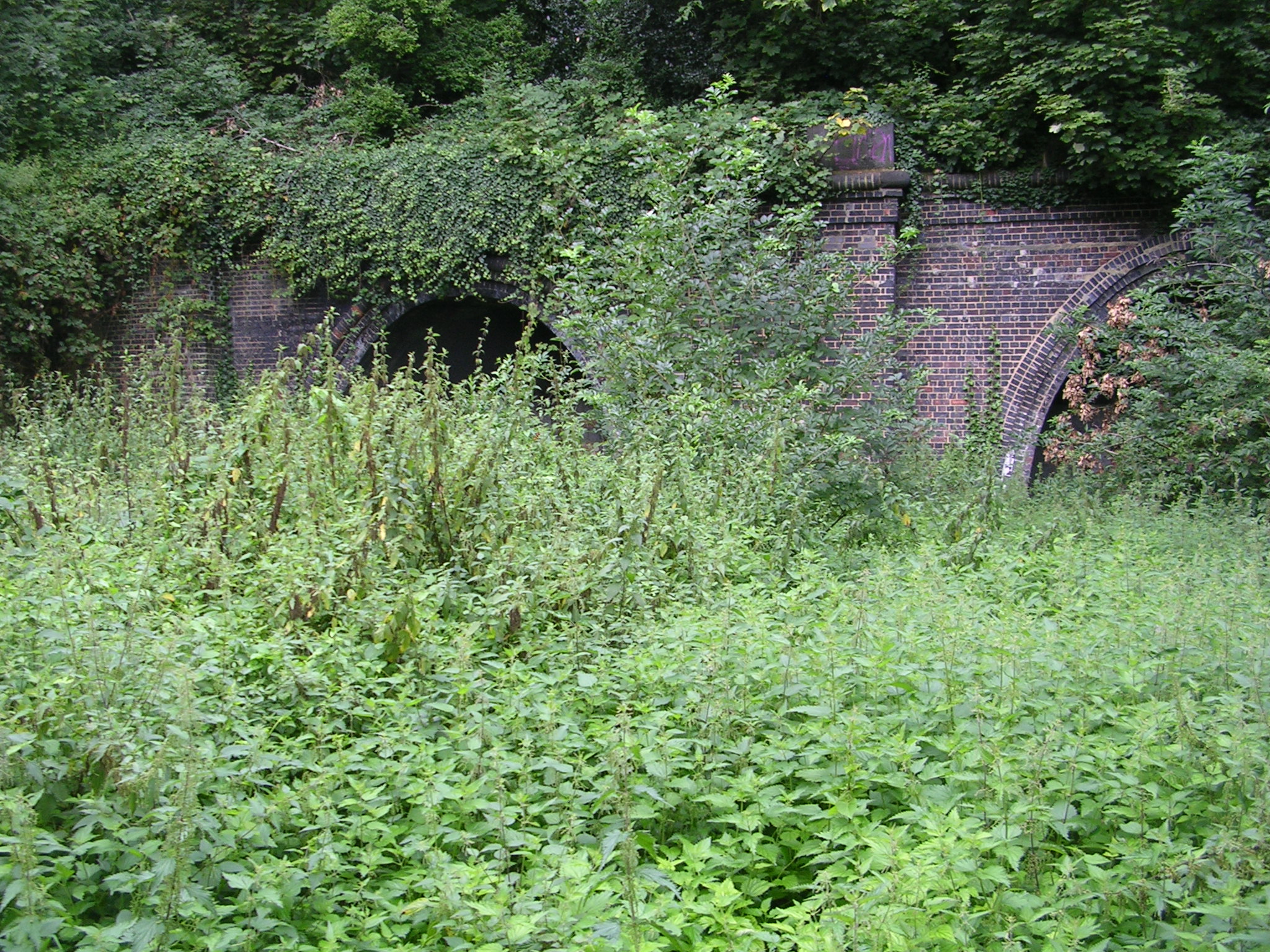 A view along the platform: 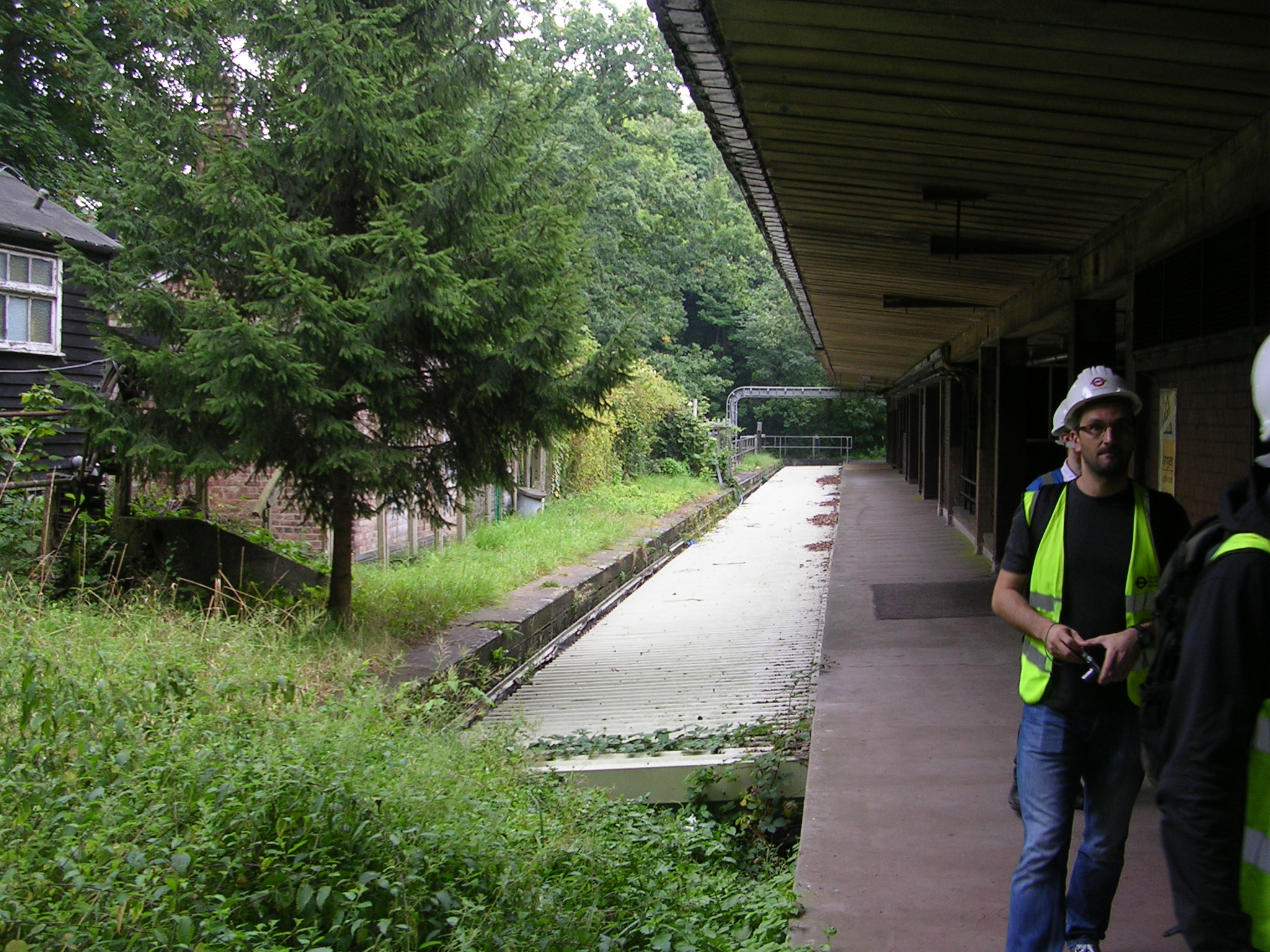 One of the Victorian station buildings remains standing: 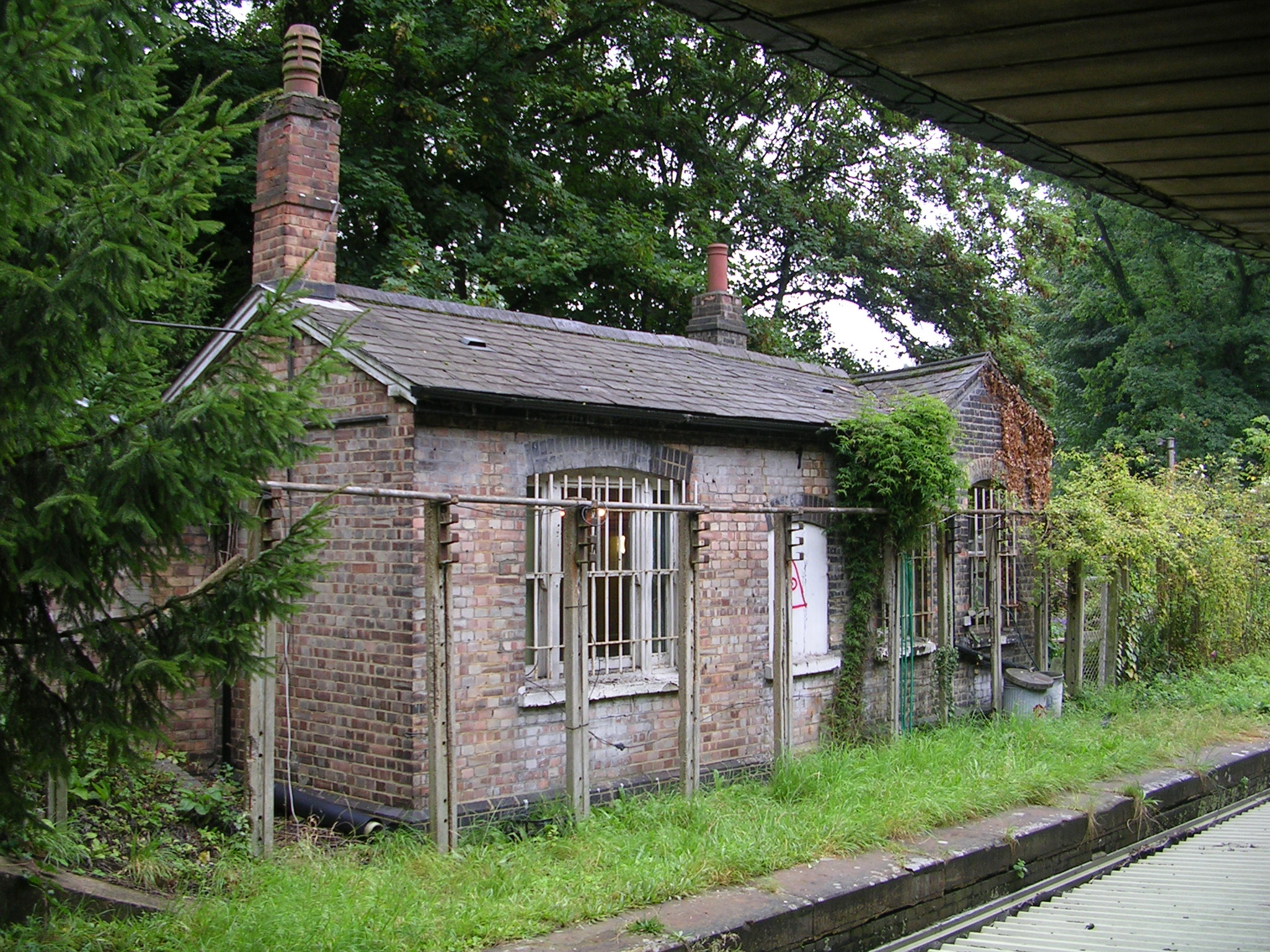 A view along the northbound platform.  As you can see, a building has been constructed on the trackbed: 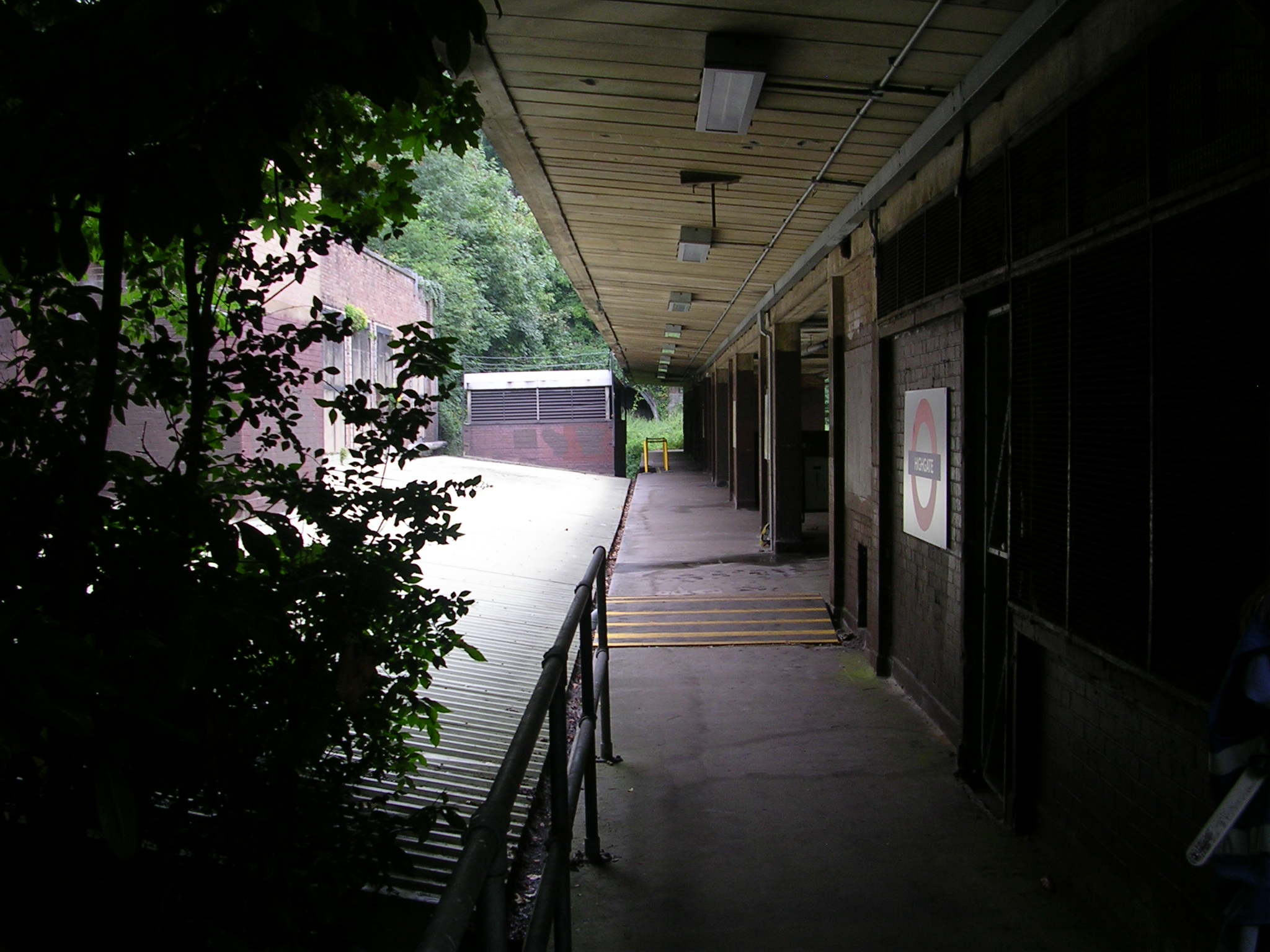 At the south end of the site, where there were no buildings on the platform, the trees have completely taken over and there’s no sign of any railway at all: 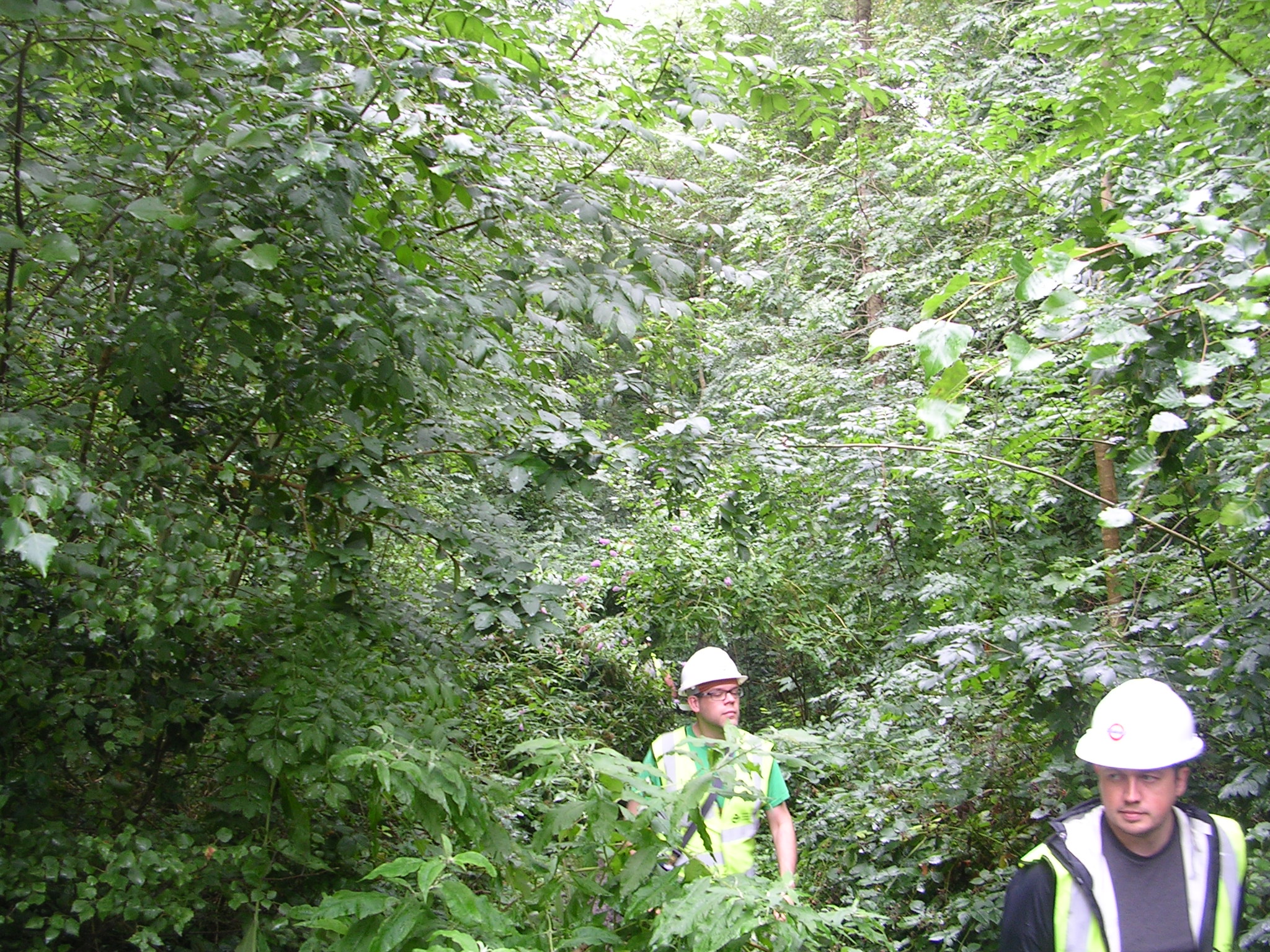 It’s hard to believe that this forest is growing on a railway station platform.

After walking through the forest you reach the end of the platform, and the southern tunnel mouths: 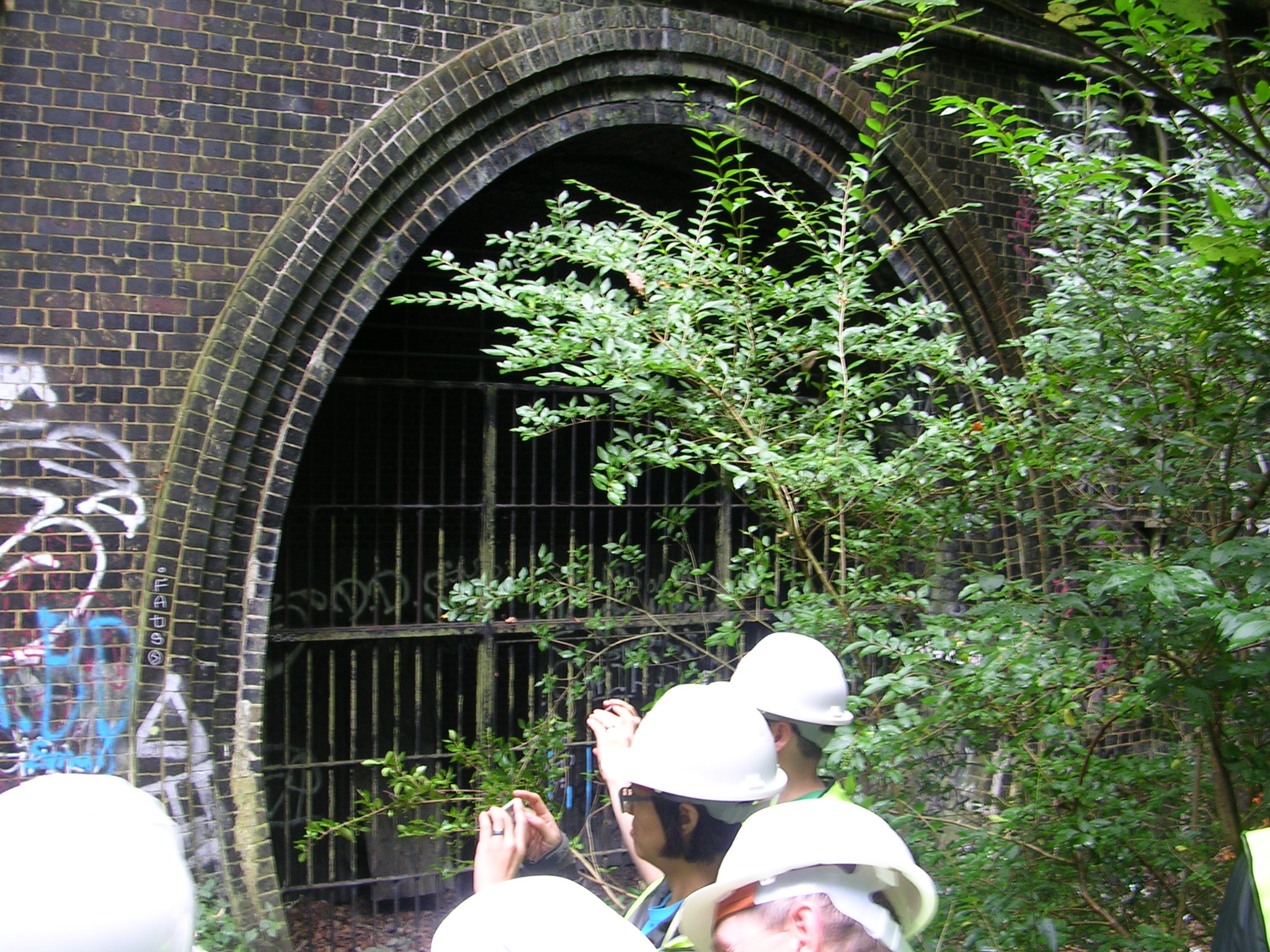 The tunnels are home to six species of bats and so are off-limits to all visitors unfortunately.  A fascinating tour which I highly recommend – Take care in the mud!

After the tour I took a stroll along part of the Parkland Walk, from Highgate up to Alexandra Palace.  The route is partly in wooded cuttings and then later on a viaduct: 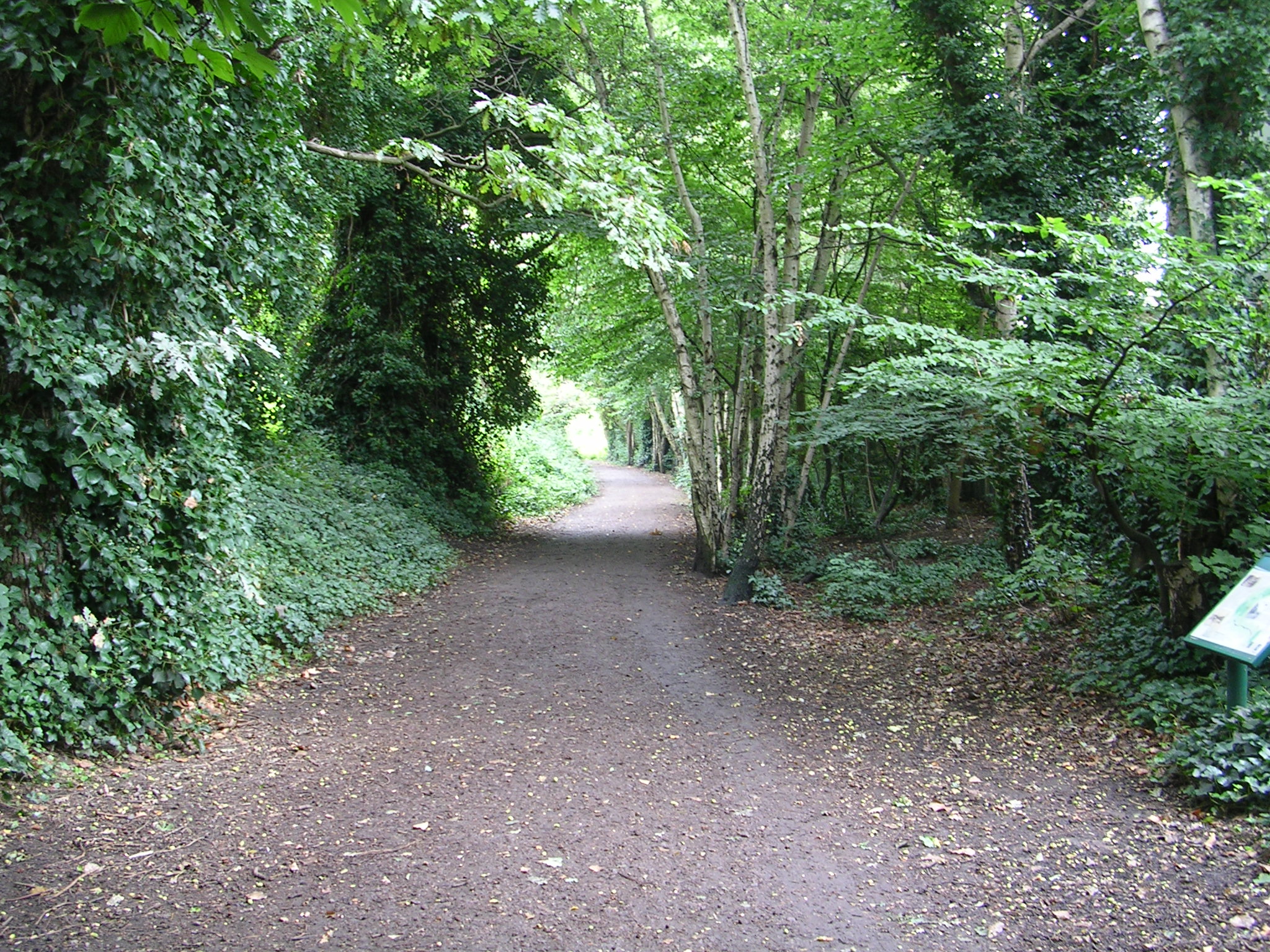 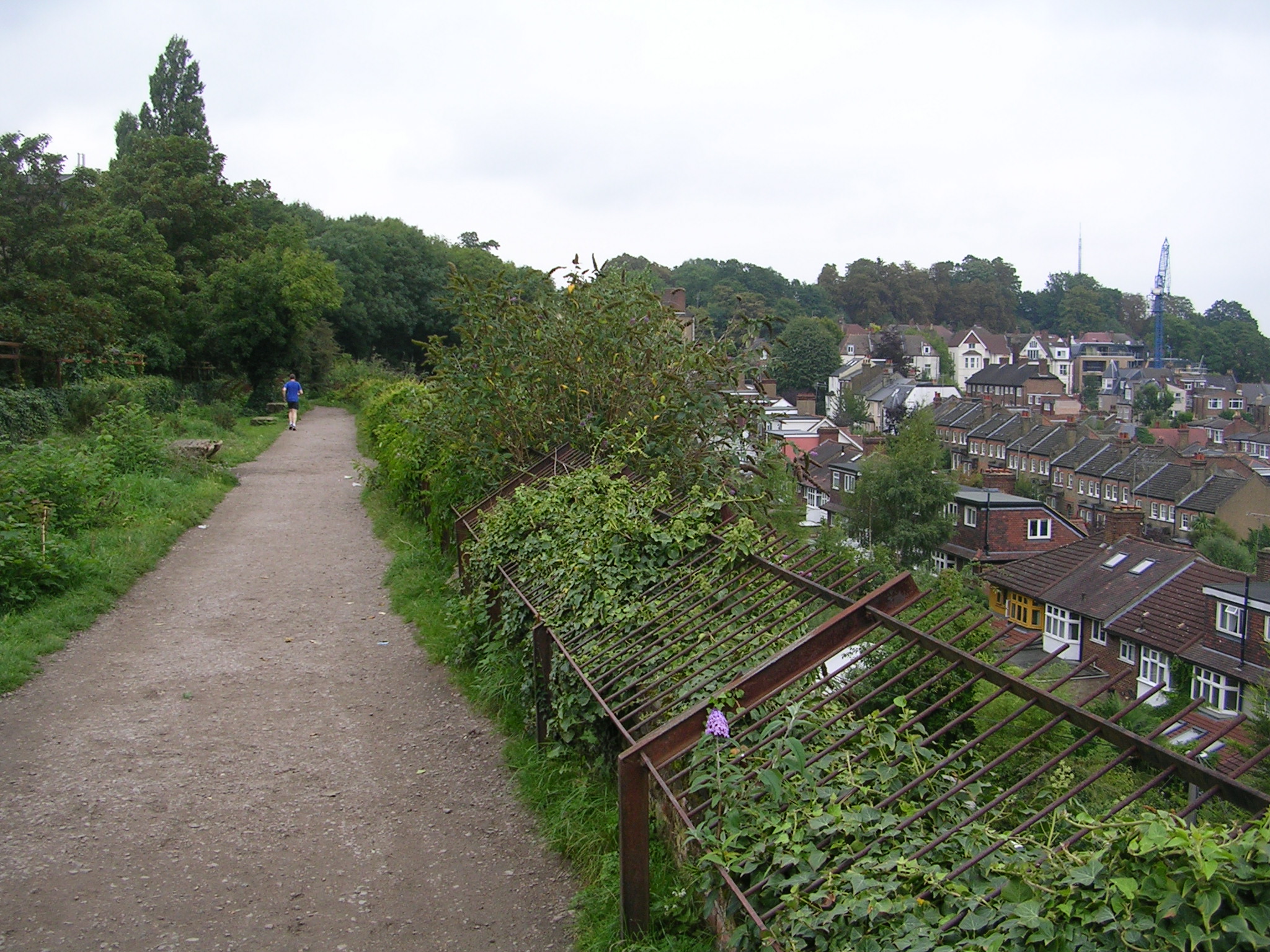 The Palace has been well looked after in recent years: 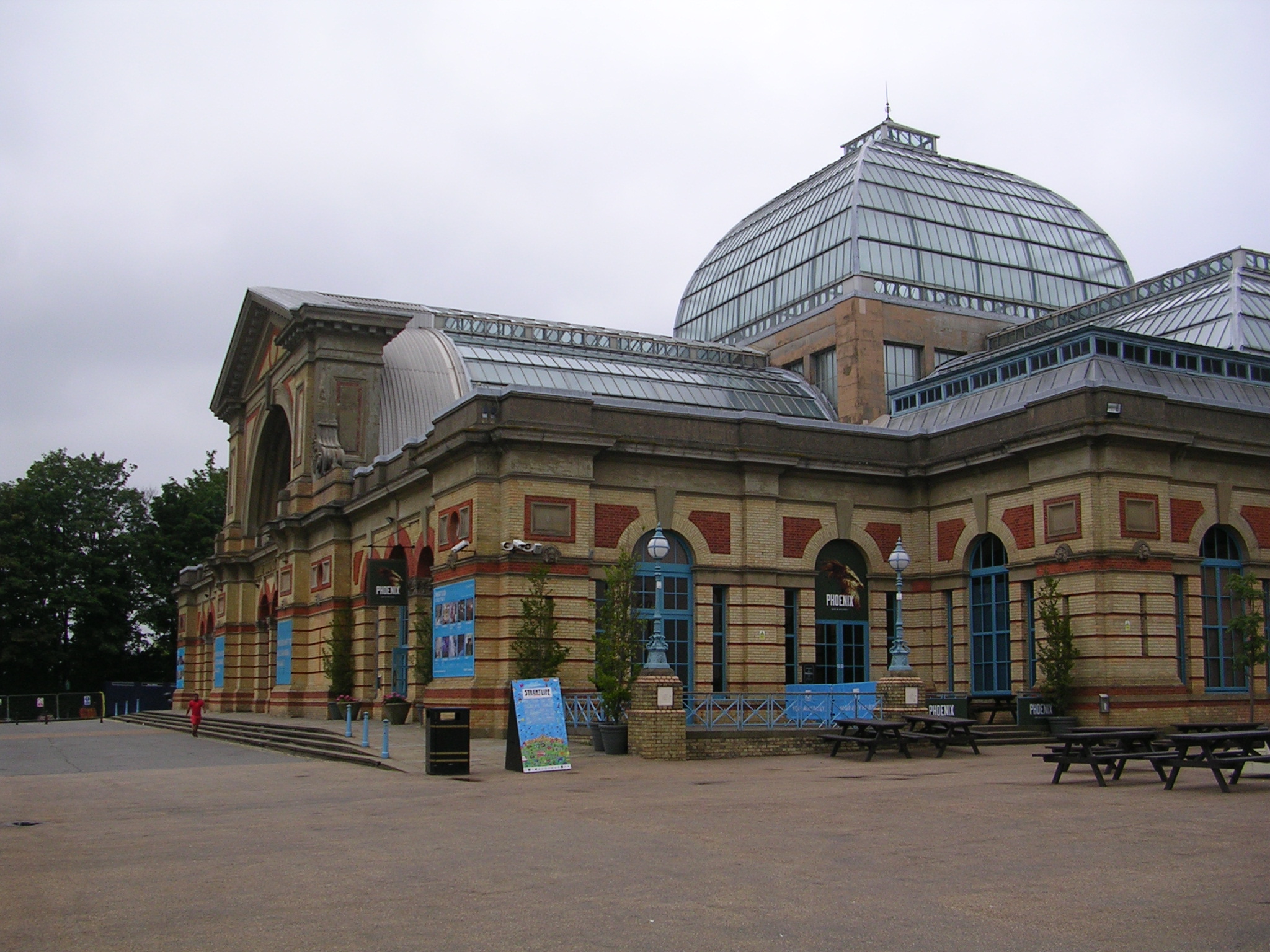 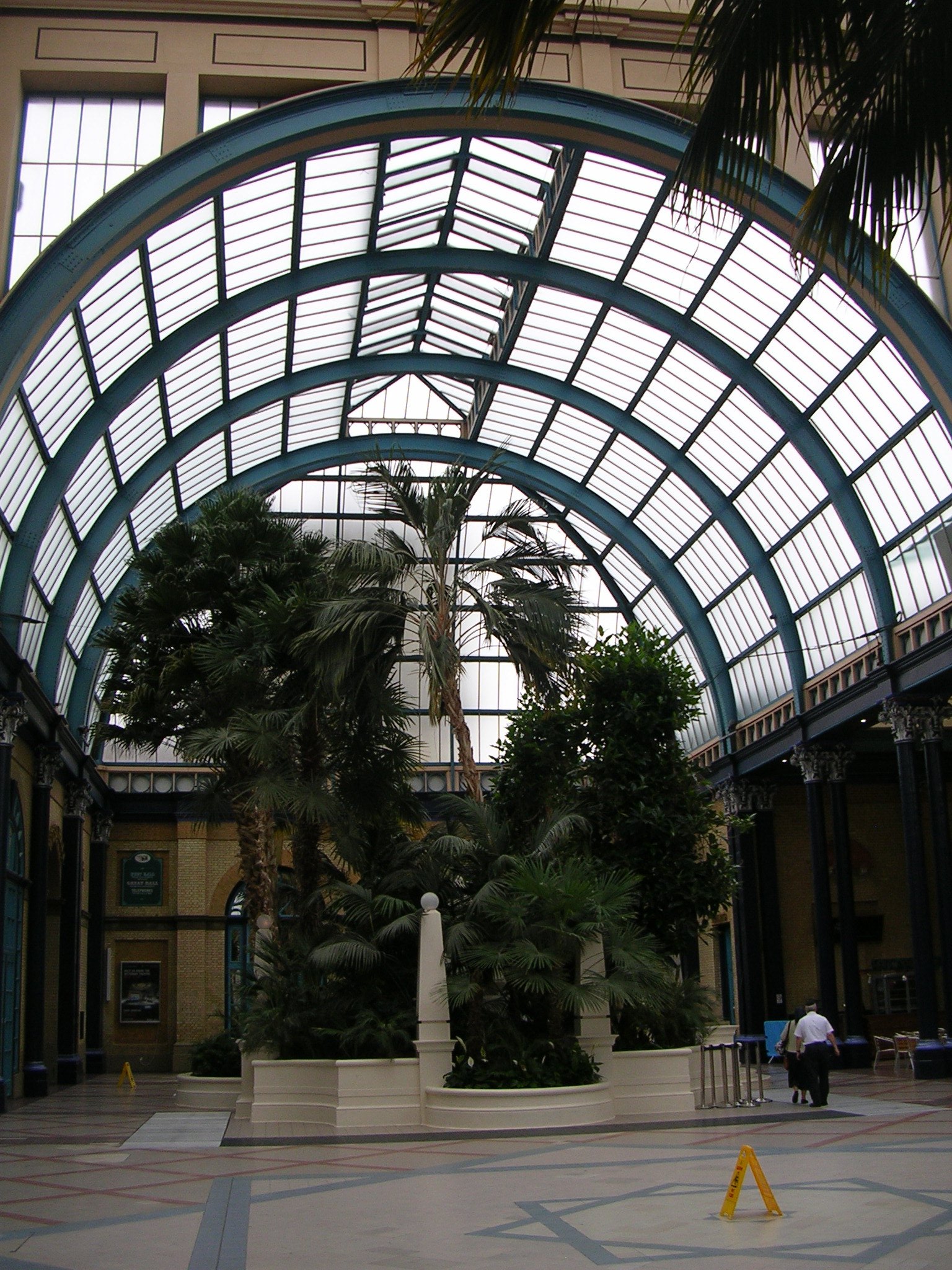 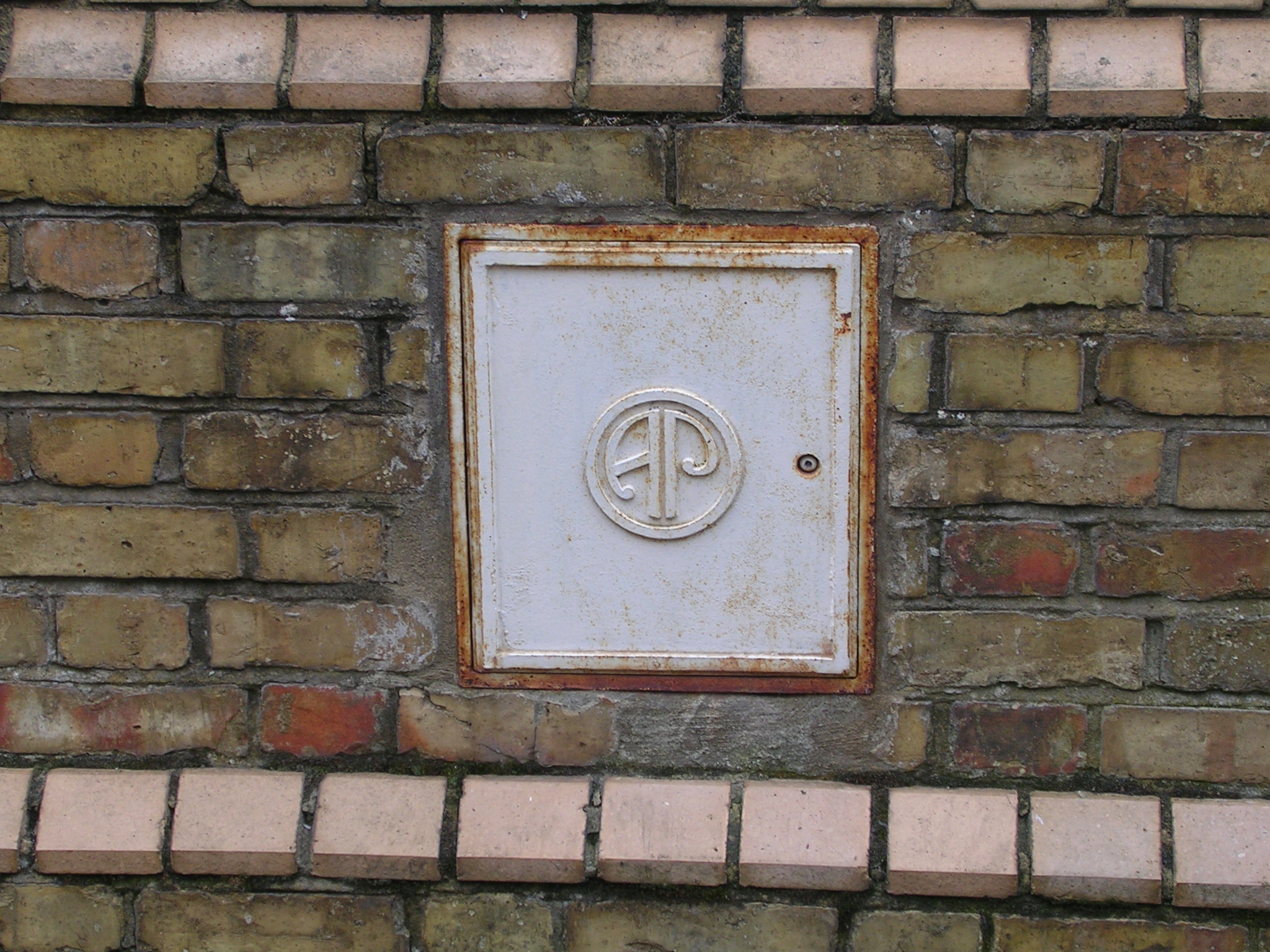