Down Street station, located in a side road off Piccadilly, opened in 1907 on what was then the Great Northern, Piccadilly, and Brompton Railway, now part of London Transport’s Piccadilly Line.  The station’s quiet location in an area where residents already had their own transport resulted in disappointing passenger numbers, and so it closed in 1932.

In the build up to the Second World War the Railway Executive Committee, formed to coordinate railway transport in the event of war, required a safe headquarters location and in early 1939 Down Street Station was chosen, and converted to provide bomb-proof and gas-proof offices and accommodation for forty staff.  The headquarters was in use from the start of the war until the end of 1947.

During a period in 1940, Winston Churchill slept in one of the offices here while the Cabinet War Rooms were being strengthened against large bombs.

After the REC left, Down Street returned to civilian use providing ventilation for the Piccadilly Line.  Recently the London Transport Museum have started organising tours of the station, and I was lucky enough to join one.

The instantly-recognisable ox-blood tiling marks out the surface buildings. 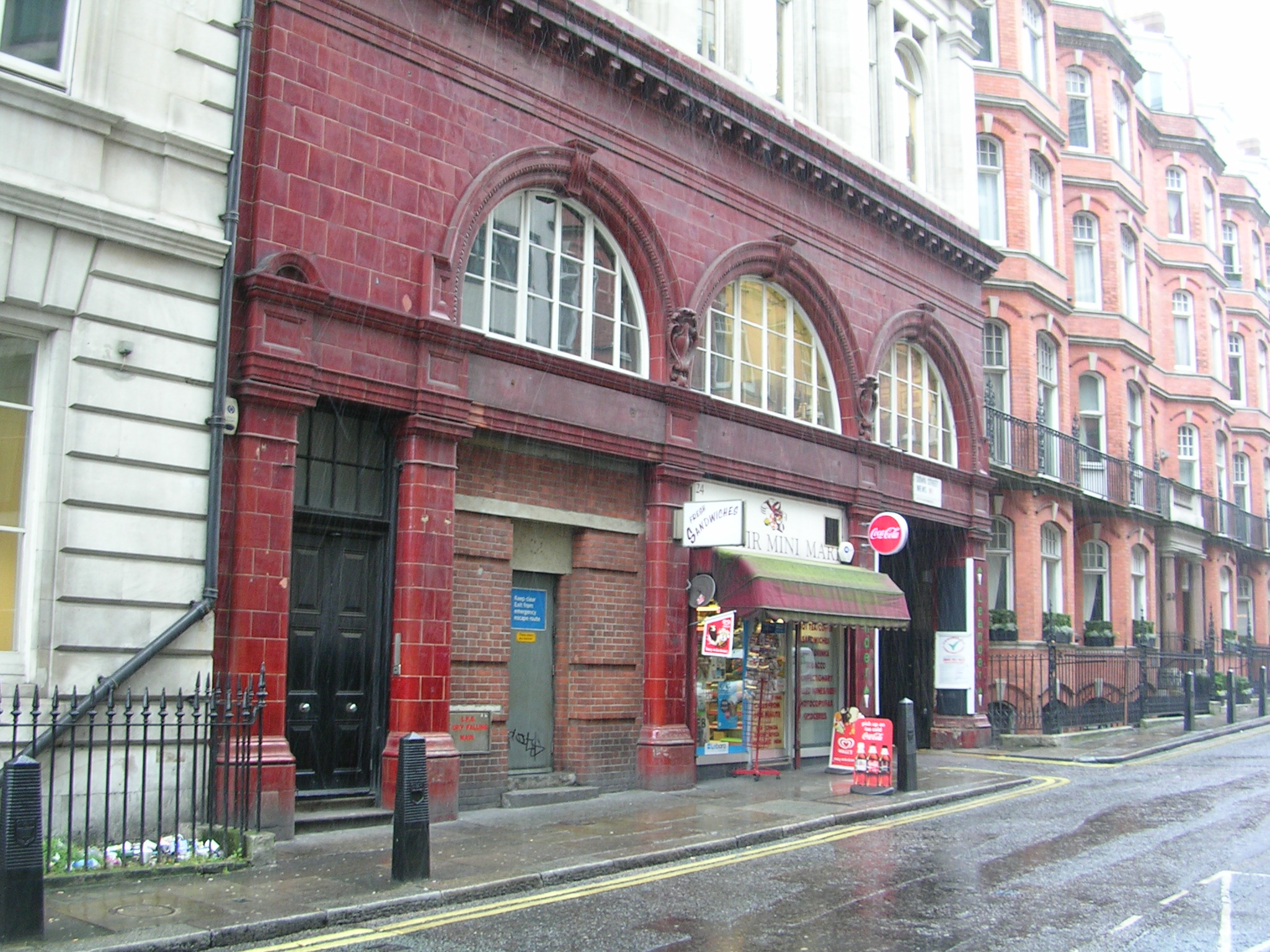 …and the exciting prospect of going in through the normally-locked door. 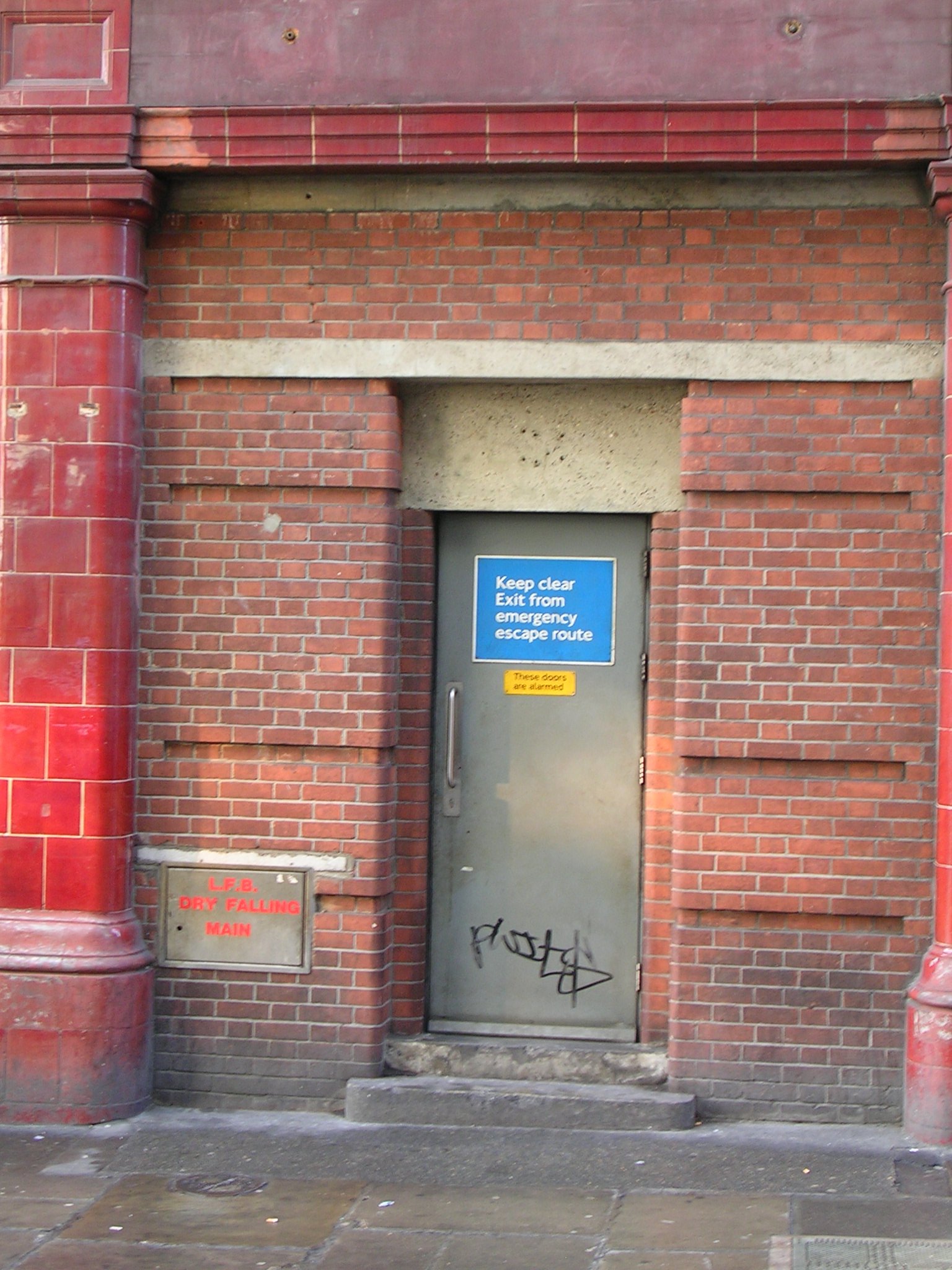 Once inside, it was a short walk down the spiral stairs to access the tunnels and platforms of the station. 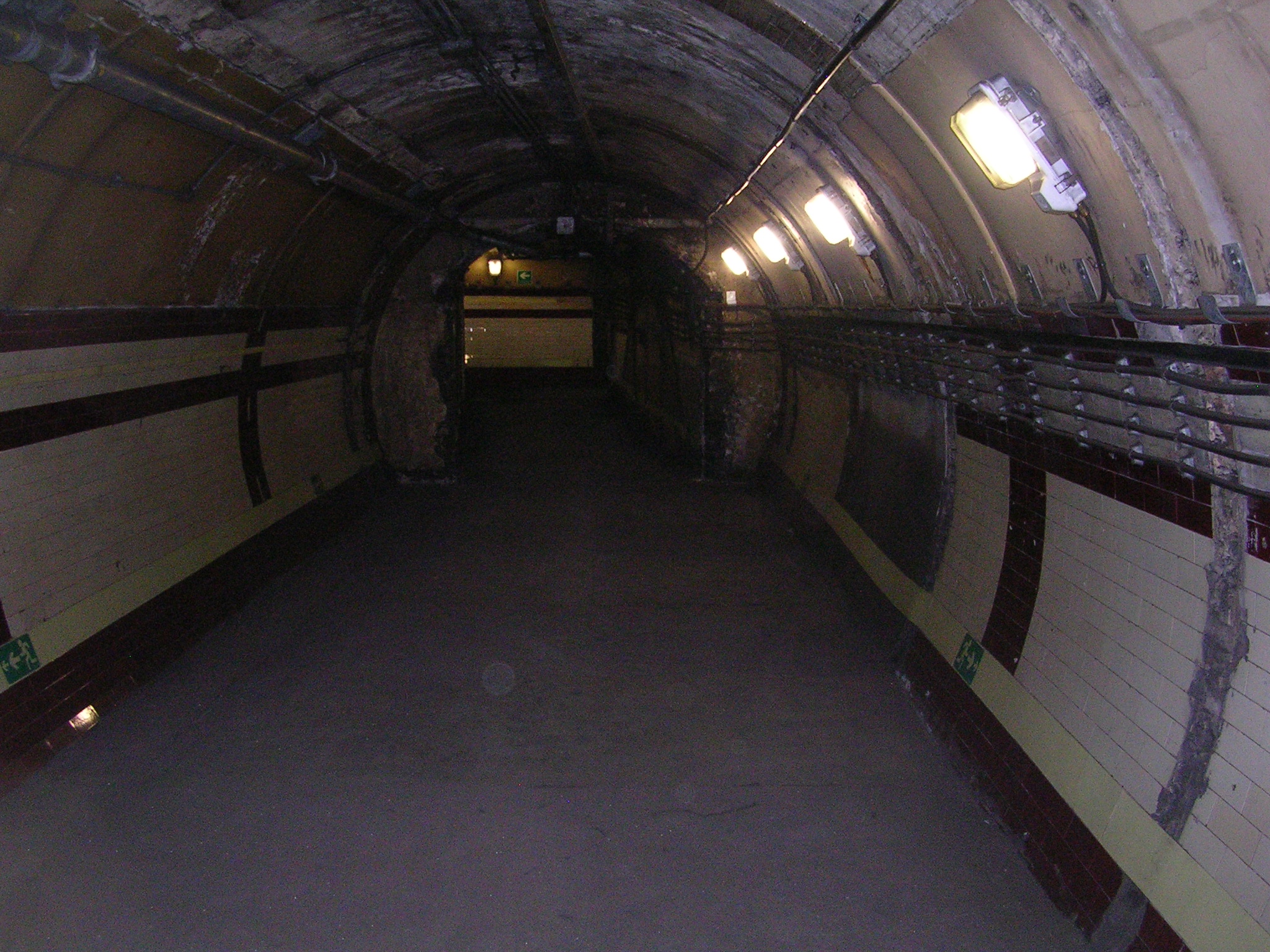 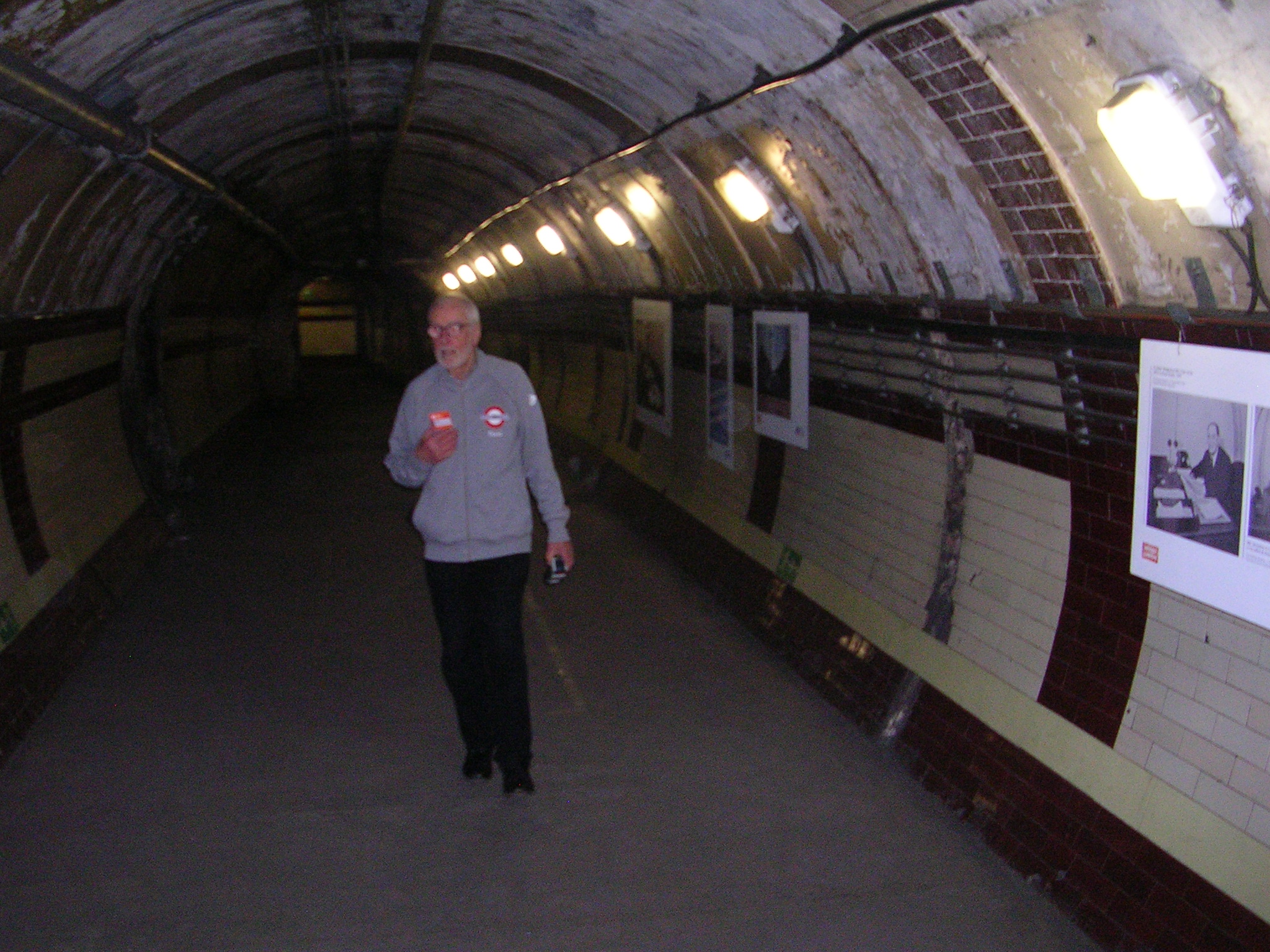 The partitions forming offices in the pedestrian tunnels were all gone, although we could see where they had been by marks on the floor and ceiling, and the informative guides had pictures showing what it would have been like.  On the former platforms the walls were still present, including a wall separating us from the trains which whizzed noisily past every few minutes.  (At some points in tour we had to stand in pitch darkness with all lights off while the trains passed, to ensure we didn’t distract the train drivers.)  Most rooms were empty, with just a few remains to show what they were used for. 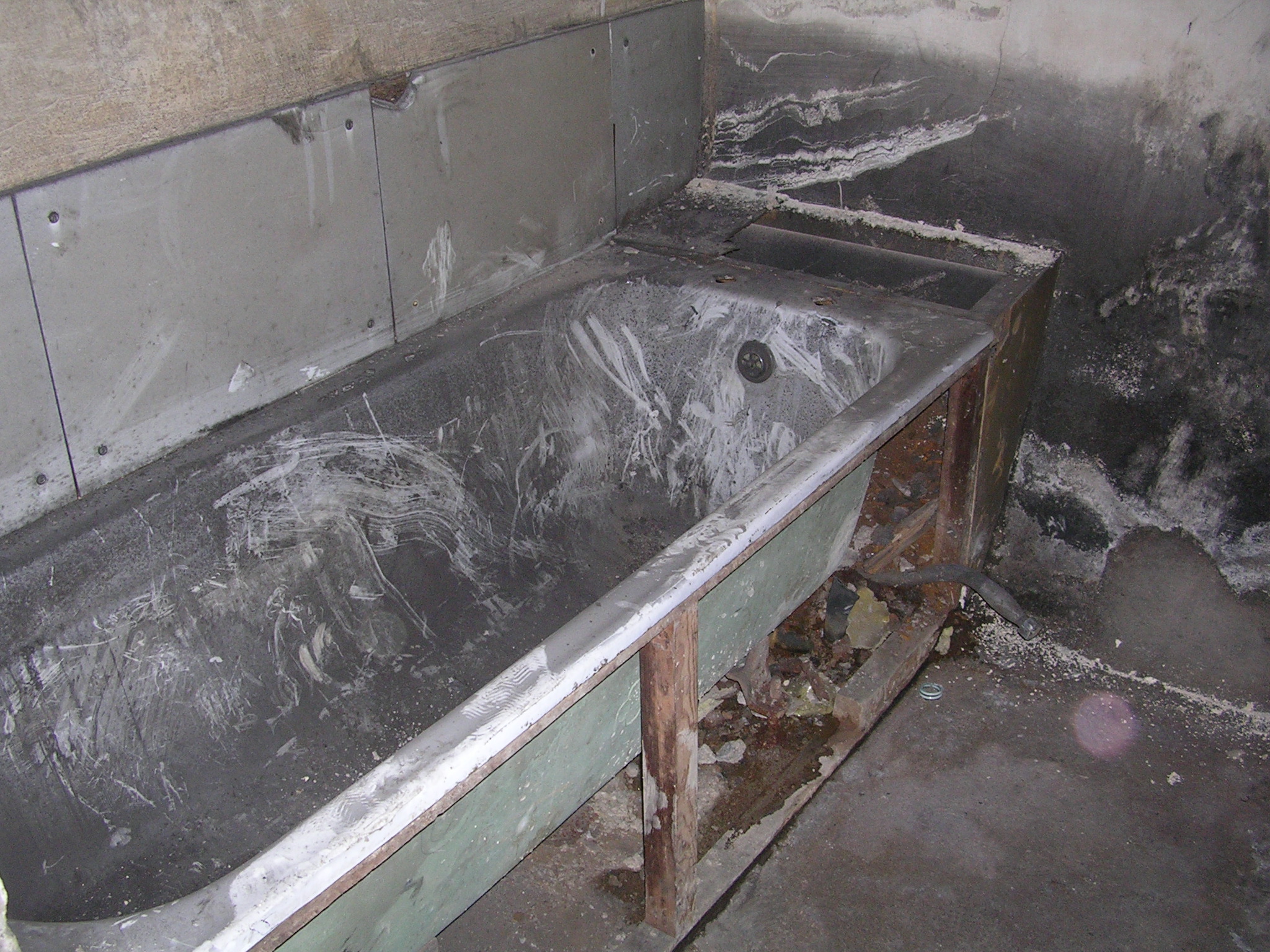 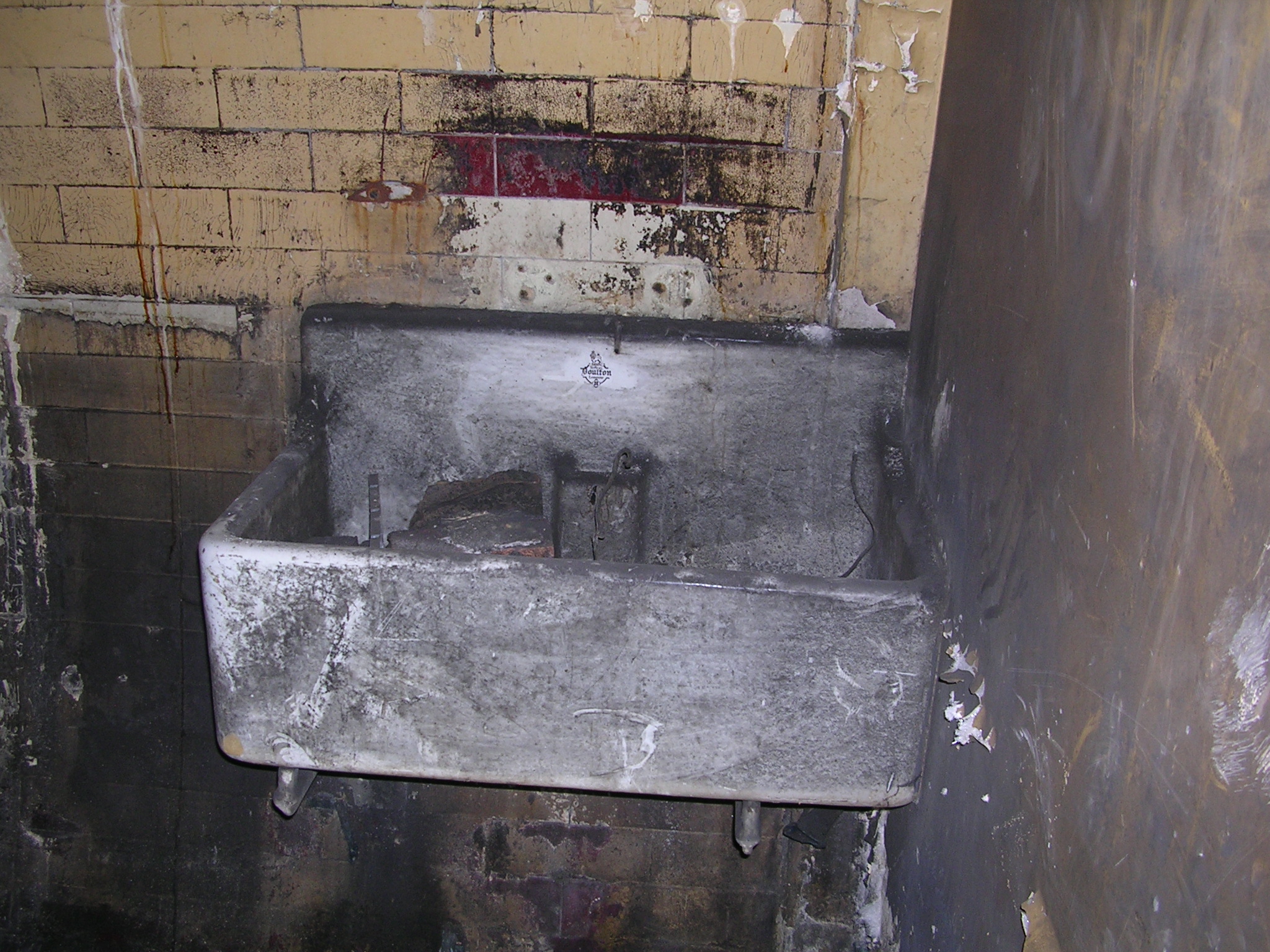 We could see plenty of signs on the walls, both original and from the wartime use. 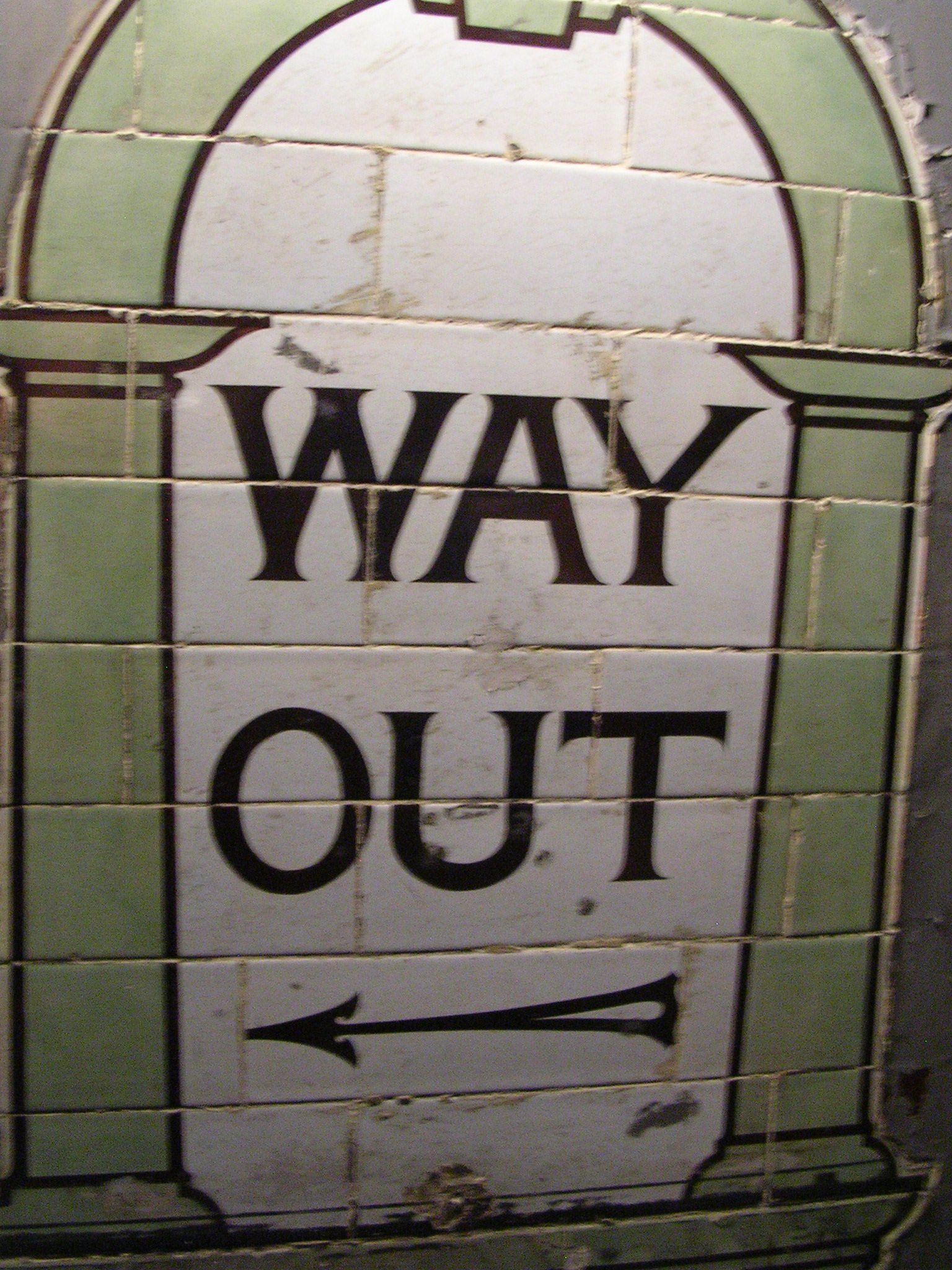 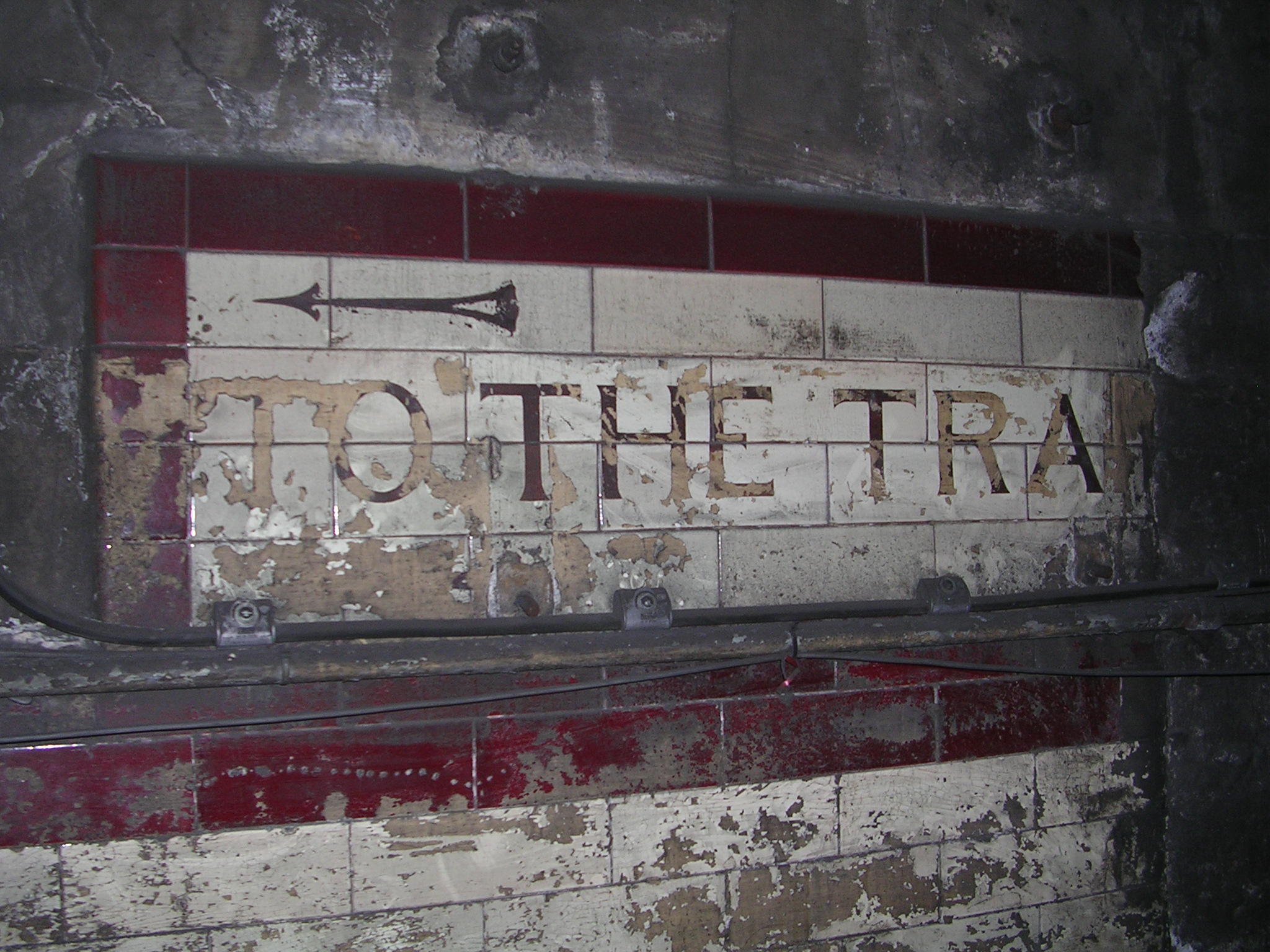 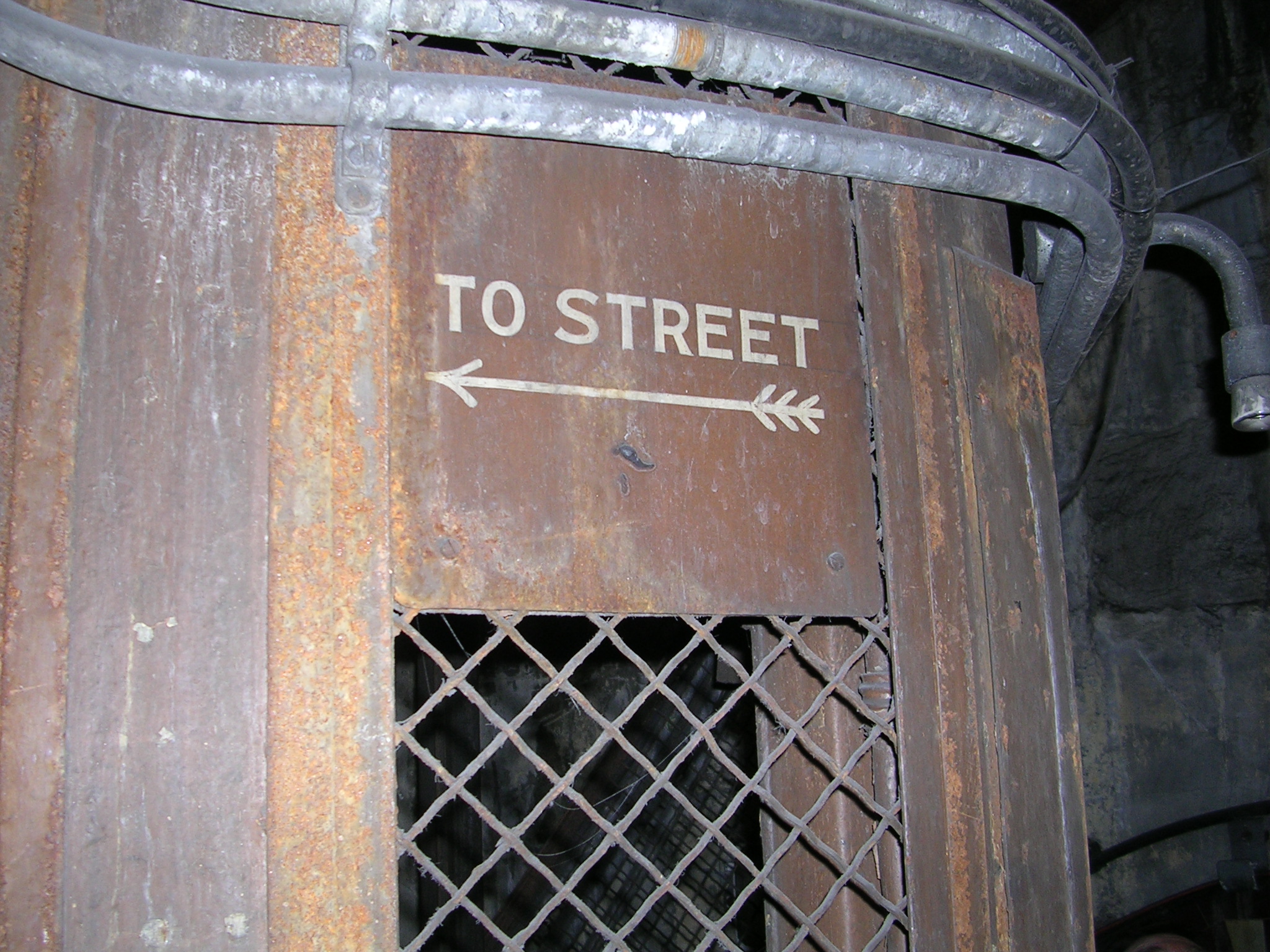 … and also a more modern sign which seems a little out of place.  (The Piccadilly didn’t get to Heathrow until 1977.) 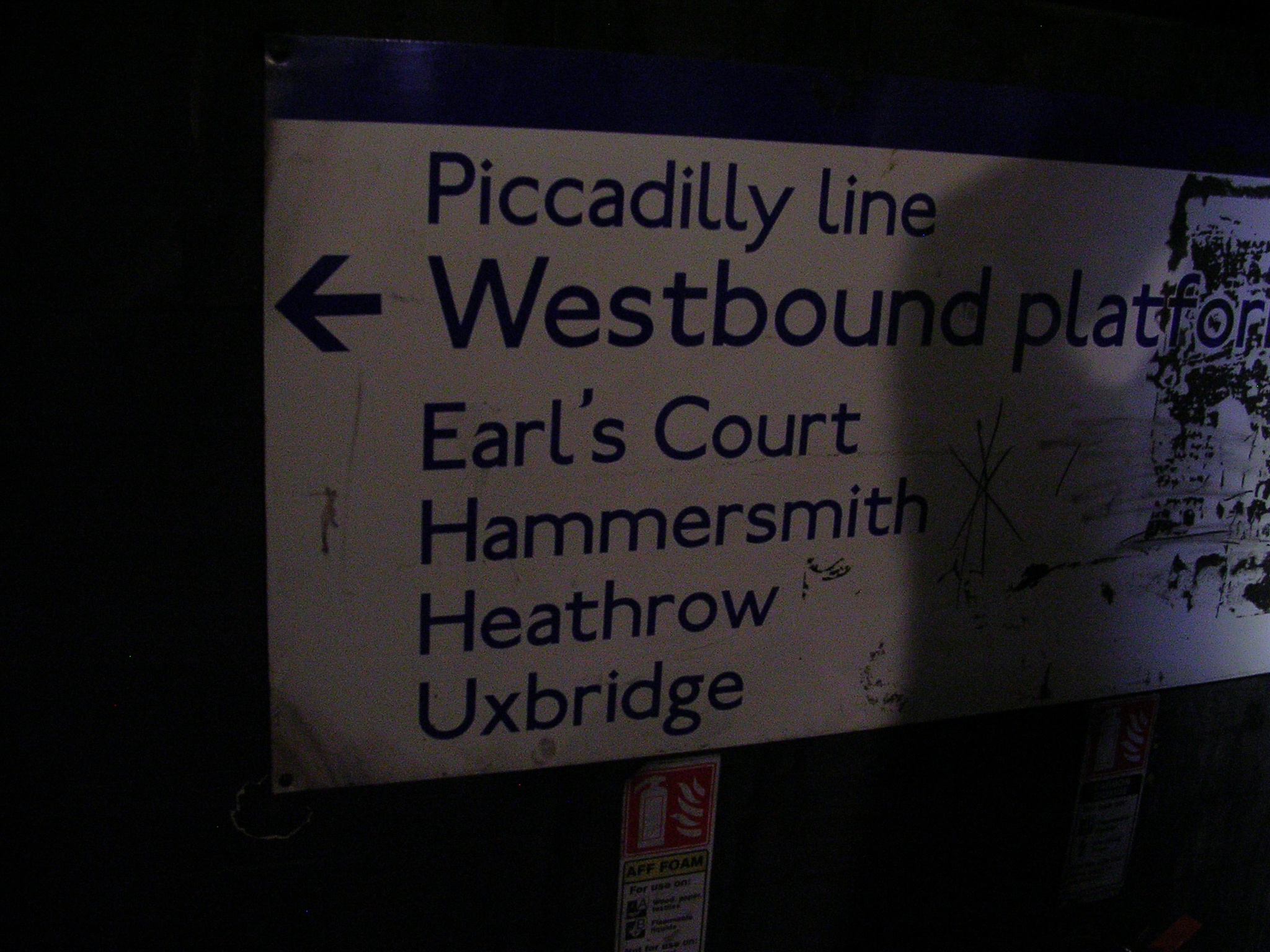 An excellent visit which I highly recommend.  The museum organise tours of other interesting locations under the Hidden London banner and I hope to do some more before too long.